Work on historic buildings often demands painstaking evaluation of the condition of buildings that have often stood unoccupied for months or years, many of which have been added to and evolved for changing use. It’s easy to advise alterations that cost clients vast sums, not so easy to achieve minimum disturbance and repair.

Structural details must all be conceived and developed in sympathy with the character of the building.

The demands of modern building standards present particular difficulties, which can tax the most ingenious designers. Elizabethan builders did not have to take into account ‘balustrade loading regulations’ on stairs; perhaps if they did their joinery would not be nearly as elegant! 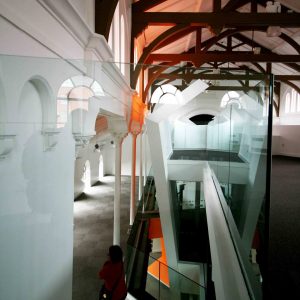 ade II Listed, this former chapel alongside the Bridgewater Canal in Castlefield was designed in the 19th century by Edward Walters. This challenging project involved reinstating column supports where large steel beams had been fitted at ground floor over recording studios, and inserting three mezzanine levels which gained no structural support from the existing building. 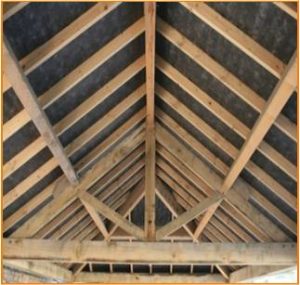 Built in 1904 on the site of a former 17th century Manor House in the North Yorkshire moors national park, Kirkdale Manor was acquired by the client in 2004 with the manor and redundant buildings being converted into high spec individual houses and apartments. To open up the loft area to create apartments, steel strengthening was threaded into the roof trussed skeleton. Various walls were removed and new structural floors incorporated into the original fabric. Modern underfloor heating was used. As part of the redevelopment a traditional green oak kingpost truss frame was designed and erected to form a covered car port. 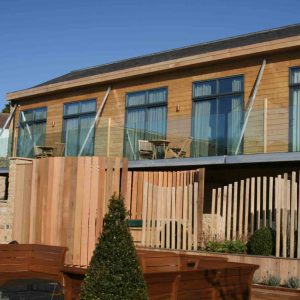 The Feversham Arms Hotel and Verbena Spa was originally an old coaching inn and was rebuilt and renamed in 1855 by the Earl of Feversham. A significant extension to the Hotel, within the Helmsley Conservation Area, North Yorkshire including a Health Spa, new accomodation and basement parking. Major works were undertaken to the hotel featuring an underground car park cut into the local limestone with a steel frame structure and precast slabs built to a tight floor to floor zone. Also of note are new bedrooms built over the still operational hotel snug bar, supported by means of floors suspended from overhead roof trusses. Completed 2009. 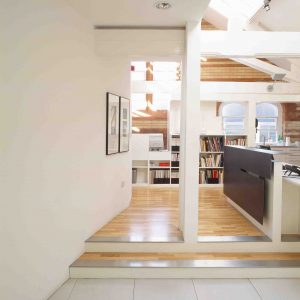 This Grade II Listed former Victorian public swimming baths was converted to four offices for the creative industies, including their own, by OMI architects. The former pool was covered over with hardcore and a concrete slab. Steel framing and composite decking was employed to infill the swimming pool hall. The existing fabric needed refurbishment, with new timbers spliced onto the scissor trusses and new ties in the lantern at the head of the roof. All details were hand drawn and finished in collaboration with architect and builder. Completed circa 2003. 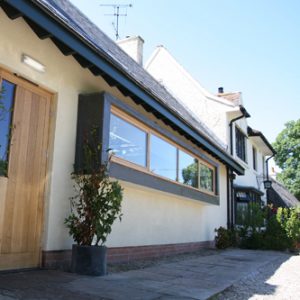 Extension of the restaurant and kitchens of a Michelin Star establishment in North Yorks, owned by Andrew and Jacquie Pern. Design was carried out in collaboration with architects, Bramhall Blenkharn.

The new kitchen extension was within part of a thatched Listed existing structure, featuring green oak roof beams with contemporary stainless steel fixings. A continuous ‘hinged’ method was used for design of the beams to maximise efficiency. 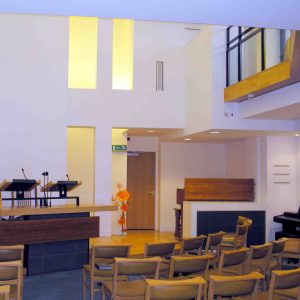 An interesting project with OMI architects where the lower two floors of a 1953 office building were converted to a church. This involved splicing existing columns at ground floor to improve their strength and buckling resistance. Interestingly the 1950s steelwork was designed to the limit; owing to the relative scarcity of steel in the post war period.

The removal of the ground floor in the congregational space formed a light and spacious interior – interestingly the junction of column and beam over the altar formed a fortuitous crucifix. Completed circa 1998. RIBA Regional Award