Structural design of SIPs (Structural Insulated Panels) is a relatively new field, derived from the methods of timber frame design. It engages the engineer at all stages.

SIPs are an advanced, modern method of panel construction – comprising OSB sheets sandwiching polyurethane foam. The composite panels are lightweight, quick to erect and do not suffer the usual problems of compression shrinkage and cold bridging associated with stud walls. SIPs can provide levels of insulation, structural strength and air-tightness that are far superior to those provided by traditional systems.

By commissioning an engineer in the earliest stages, important structural elements can be identified and a positive dialogue with the architect and client is possible, providing a range of solutions, which may help to achieve the desired architectural concepts.

With over four years experience in design of SIPs in the UK, France, Cyprus and even the Antarctic, HMA can offer advice and design services for all manner of SIP structures. 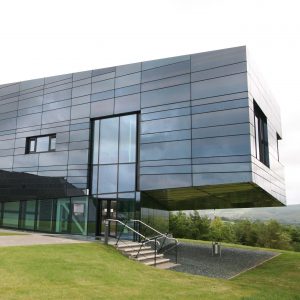 A pelletron ion accelerator at the Dalton Cumbrian Facility (DCF) is housed in a steel framed building which is clad in SIPs panels with rainscreen cladding. HMA worked with SIP Co as client and Longworth cladding contractors to provide analysis for the SIP panels in this geometrically complex building.

Fixings were developed to allow for differential movements between the steel frame and cladding. Aluminium framing provides an intermediate connection for the rainscreen and SIPs panels. 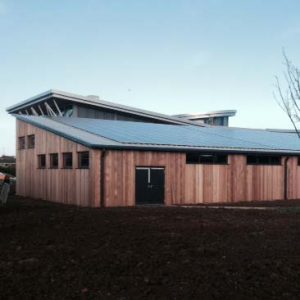 A school in Essex built by UKEnergy; a highly energy efficient school building with a roof covering of photo voltaic cells. HMA worked for SIP Co to design the SIP structure with long span steel beams over the main assembly area. The roof is clad with Kingspan K1000 panels over the assembly room supported off cold rolled steel purlins. This project was achieved with close teamwork to integrate the different structural elements. 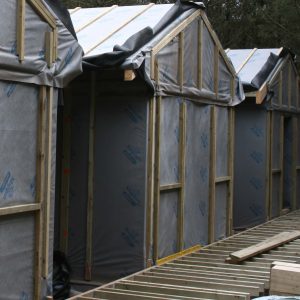 Purpose built guest cabins which were developed with Legend Aspect limited. As a prefabricated unit they were split into Uframes to form floor and walls and capped with pitched roof frames which were located onto dowelled glulam eaves elements. The unit frames were built from spliced glulam edges with internal SIPs panels. Plywood plates were nailed once assembled on site to form a braced cabin shell.

The benefits of splitting the units into the separate components avoided expensive, escorted transportation and minimised the cranage needed to lift them into place on site. An intense period of design development with In Haus Ltd conducting the detailed drawing work took place with the client to achieve this unique form of construction. 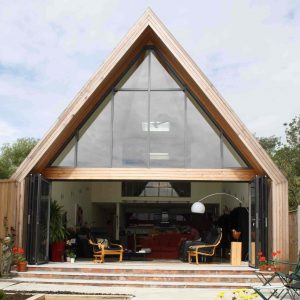 A house near York which is based on a traditional Viking longhouse with pitched roof and walls constructed from SIP panels. The glazed façade to the living area was framed in glulam as a triangulated frame which supported the roof SIP panels to the perimeter. Internally a clutter free interior vaulted ceiling was achieved by taking advantage of the plate action of SIP panels, analysed with finite element modelling techniques. 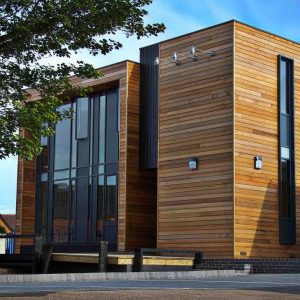 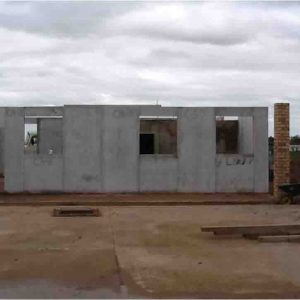 Working for DV8 in Johannesburg who were contracted to supply and build cost effective structures for school projects in the Eastern Cape area of South Africa HMA designed SIPs walls and framing using Magnesium Oxide boards in lieu of OSB. The walls support cold rolled steel trussed roofs which are strapped onto the walls with special fixings. The wall enclosures were checked for stability. Special care was needed to check this relatively brittle material in the event of wind loading. 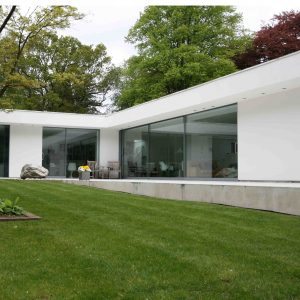 A private house in Bramhall built on a residential site on the footprint of a former two storey house, Schaefer House was constructed entirely from rendered structurally insulated panels. The first of many projects working with SIP Build LTD (now SIP Co Ltd). 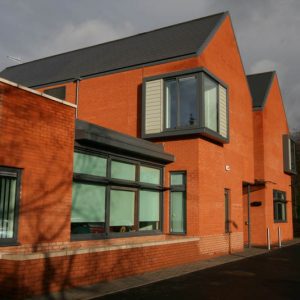 This was the first of a series five sheltered accommodation units to be provided by Turning Point Futures, a national health and social care organisation. SIPs construction was selected to individual dwelling units within this 3 storey apartment building. Designed by OMI architects. It presented various challenges; internal steel framing, an overhanging stairwell, stainless steel canopies and cut out corners. Completed 2010. 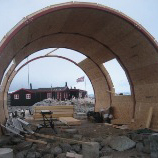 nited Kingdom Antarctic Heritage Trust needed a new accommodation block at Port Lockroy in the Antarctic. Their brief was to design a building light enough to be hand placed, with insulation properties suited to the environment and in a form similar to the original Nissen huts built over 50 years ago. The design incorporated steel curved ‘T-sections’ forming a main frame for SIP infill panels. Erection went smoothly until work was delayed by nesting penguins! Completed February 2010. 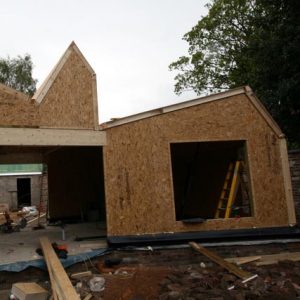 The SIP shell frame was successfully erected in less than five days, as a stand alone extension to a house in Bowden – which delighted the client. With its complex geometry this project posed a challenge for the manufacturing, drawing and analysis.The site manager, however, described this project as one of the most straightforward projects he has completed to date! Completed 2010. 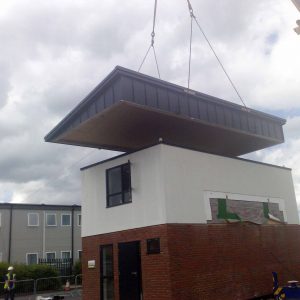 Made for the Royal Welsh Show 2009. This was transported by truck in two pieces from the Elements Europe factory in Oswestry to the Royal Welsh Showground for the 2009 show and reassembled and completed on site. It generated a huge amount of interest as a finished house with a very attractive price. The client: SIP Co Ltd. 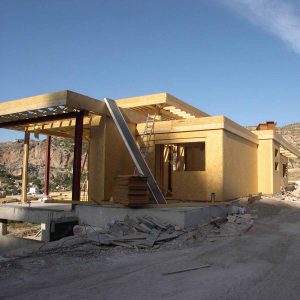 A SIPs house for a client in Cyprus, this method of construction, a ‘stiff, light frame’ is suited to building in an earthquake zone. The SIPs panels were manufactured in the UK and shipped to Cyprus for erection by SIP Co Ltd.